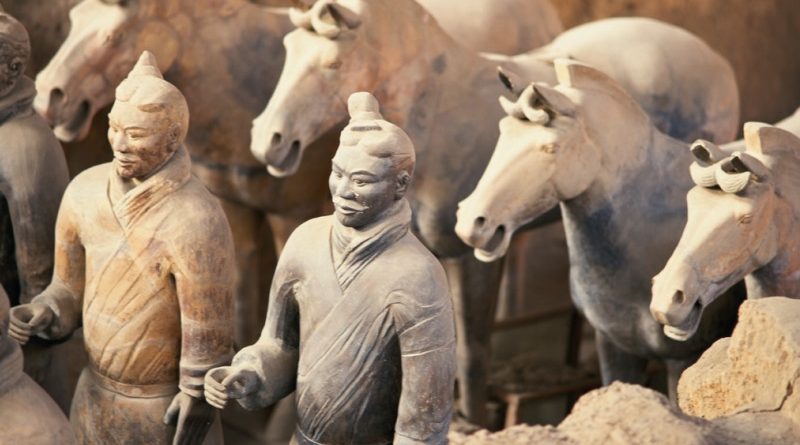 When Emperor Qin, the first emperor of the Middle Kingdom, established his empire in 221 BC, he built his imperial capital in Xian. He established an empire expanding over 2 million sq. km and a population of around 25 millions. Though a tyrant, he was indeed a capable ruler: he standardised the Chinese language, currency, measurement and weights and built one of the great wonders of the world: The Great Wall to defend his country from invasion from northern tribes. He also built his underground palace, which become one of the world’s great archaeological discoveries: The Terracotta Warriors. At present, three pits, total around 8,000 soldiers, 130 chariots and 520 horses were excavated, and excavation is still being carried out today.

In addition to being an ancient capital, Xian was also the eastern starting point of the ancient Silk Road from around 7th century during the Tang Dynasty. The Tang Dynasty was one of the greatest in China history: long lasting peace and flourishing trade made the nation wealthy and prosperous, and cultural exchange with the west was frequent. Xian was then the international melting pot, where traders and merchants from the west came to do business. They not only brought produces from the west, but also religion and culture. The Tang Emperor, open to foreign ideas, built the Big Wild Goose Pagoda around year 652, for the Buddhist monk Xuan Zang to translate Buddhist scriptures into Chinese after his long and famous pilgrimage to India via the ancient Silk Road. His story became the famous Chinese novel ‘ Journey to the West’ or ‘Stone Monkey’.

Today, we can experience the prosperity and unique blend of East and West by a stroll along the Muslim quarter and the Big Mosque which have a strong Islamic influence from the west, and enjoy the Tang Dynasty show which recreates life of this thriving city through music and dance.

A trip to China is not complete without a tour to Xian.

Mt Huashan
Mount Huashan is a sacred mountain for the Taoist. Taoism is a Chinese philosophy and religion which emphasizes living in harmony with nature – a naturalist in modern term. Taoists also practise kungfu, but it is more a physical exercise to maintain good health than a fighting mechanism. It is a popular belief that the founder of Taoism, Laozi, visited Mount Huashan where he made ‘immortal pills’. The landscape of Mount Huashan is so steep with sheer cliffs that it attract martial arts practitioners to climb up to the peak for a sword play. The reason is obvious – only the top martial artists are able to overcome the precipitous landscape and the act of climbing is already a tough physical test for the martial artists.

Evening Entertainment
The most popular evening entertainment is the Tang Dynasty show. There are many theatres and all the performing troupes will recreate before the audience the prosperity of the Tang Dynasty, the richness and affluent of this golden age in Chinese history through music and dance (in term of civil civilization, economical and political powers, Tang Dynasty were three times greater than the Western developed economy countries today).

Local Cuisine
Xian is famous for dumpling. There are restaurants offering dumpling feasts: you’ll have dumpling of various kinds, shapes, fillings, taste (savory or sweet) to make up a full meal. Another popular local snack is the mutton bun: the crispy bun is filled with mutton like a hamburger. It is available from the Muslim quarter night markets.

Throw a Party
Want to offer the group a pomp and circumstance welcome? Come to Xian and recreate the Tang Dynasty welcome with costumed artists, and the mayor of the city to personally hand your guests the key to the city, the same ceremony foreign diplomats experienced in ancient time.

For an evening party, organise a gala dinner on the ancient city wall, complete with ceremonial ritual and performance for VVIPs.

From Xian to…
The Silk Road – Xian was the eastern starting point of the Silk Road. You can traced the foot steps of those ancient merchants and traders, and explore this mysterious trade routes from east to west. There are also daily connections between Xian and Beijing, Hong Kong and other major cities such as Shanghai and Guangzhou etc. 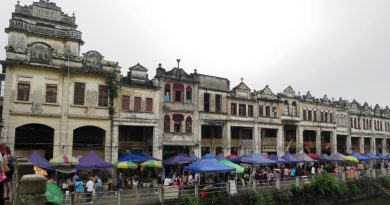 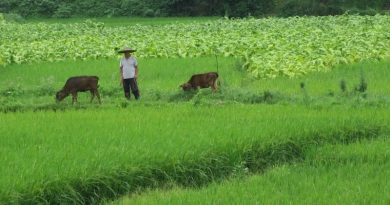 July 16, 2016 dorislam Comments Off on Hiking in Mt Guanzhai, Fujian 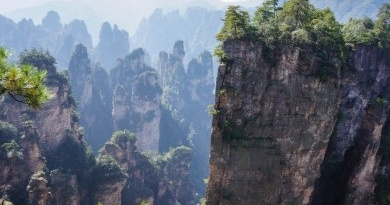 Zhangjiajie: the land of Avatar

April 22, 2020 dorislam Comments Off on Zhangjiajie: the land of Avatar